There are so many cars in the world. Many of the cars that were a familiar sight on the street decades ago can no longer be found. For some of these cars that may be a blessing, but for others it's a mystery as to why there weren't more of them saved and maintained. In the end, it's a matter of taste and nostalgia that determined which cars were simply let go of, and which ones are saved, restored and cherished.

All car owners have their reasons for choosing the vehicle they love so dearly. Many fondly remember the car they took family road trips in or their favorite high school mode of transportation. Maybe they learned to drive in that truck at their grandparents farm (we won't mention they were only 8 years old and could barely touch the pedals). The every day drivers that were taken for granted and treated as simply utilitarian in purpose are now high value classic vehicles. Hopefully the Nomad or Chevelle you owned wasn't sold, wrecked or traded away, but in most cases the driving public would routinely use, abuse and then upgrade to a newer vehicle only to smack themselves on the forehead decades later. "That car would have been worth $70,000 now if I hadn't traded it in for that Chevette". Ouch. 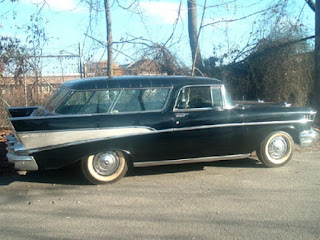 Some of the cars purchased later in their life are because one could never justify(or afford) a particular car years ago when they so badly wanted it. Often the purchase of this vehicle is due to a midlife crisis. However, some are bought in a clear state of mind and motivated by the persistent desire to drive that "unicorn" of the past. Regardless of why and how, at least it is finally in their driveway.

Then there are the few that yearn for being weird. They simply want to turn heads and inspire the question "why?" every time they are seen driving around town. Their vehicles serve as a conversation piece and they hope to be able to interest people. Whether they leave it stock or make their own modifications, you can bet they had a motive. 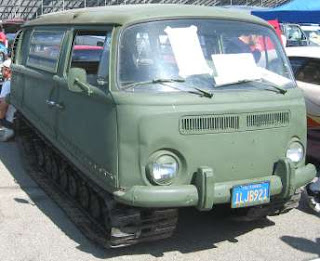 Any time you see someone taking a drive in their classic vehicle, ask them why they chose that particular type of auto. We'll bet you get a long and very interesting answer.
Posted by Driven Restorations LLC at 4:37 PM