Enjoy these before and after photos and video of one of our first and favorite frame off restoration of this 5 window 1949 Chevy 3100 Pickup
Mechanical, body, paint and interior were completed by Driven Restorations LLC. 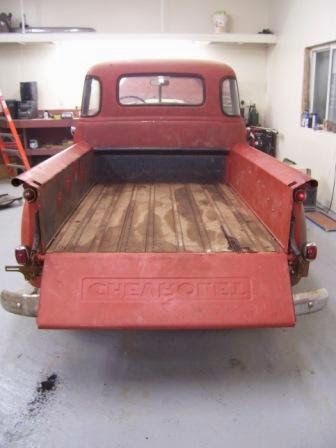 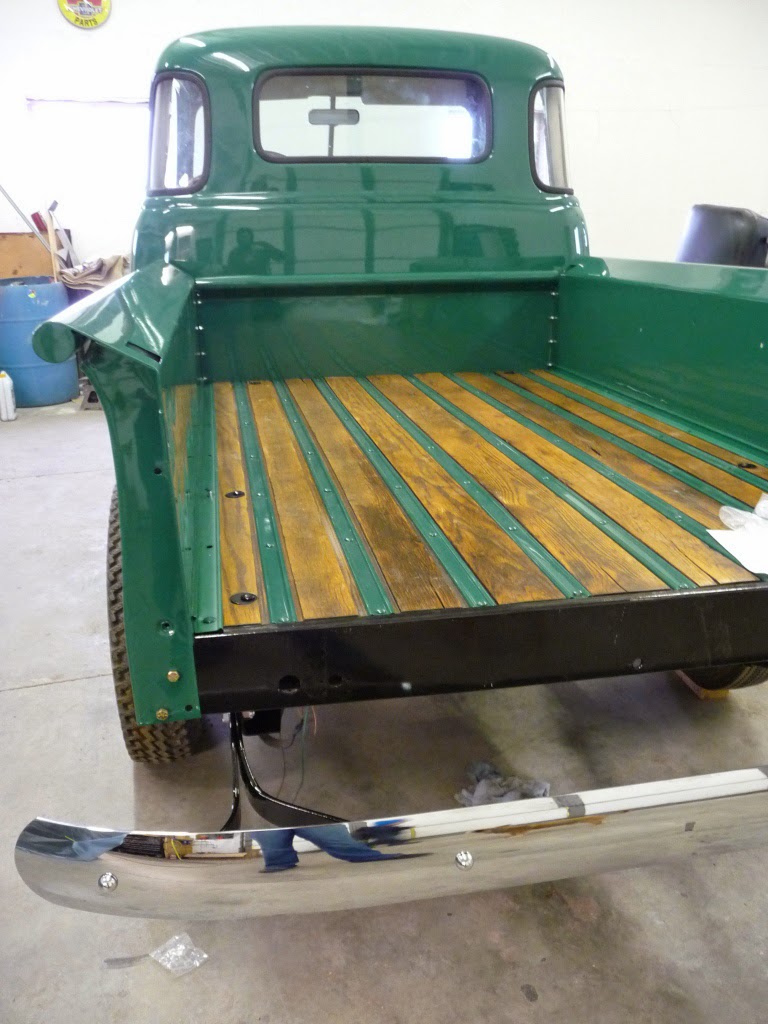 Refinishing the original bed boards was a labor of love for the owner. The challenge with using the original boards was the oil staining from the extra mechanical parts leaking over the years. With some time and patience the boards were brought back to their former glory and kept some of their original character.

This restoration featured the original 216 engine being brought back to it's former glory. The engine was fully re-built. The original transmission was also gone through.

Although most of the truck was left in original style, a few updates were made. Converted to 12v electrical, adding disc brakes and a steering stabilizer, and relocating the gas tank to reside beneath the rear portion of the bed complete the list of "alterations". Although minor, they have enhanced the drivability of the truck.

The inside of the Chevy's cab was mostly complete, but as seen in the photos, it needed a significant amount of refinishing. The gauges were refaced, the heater received a new core and every surface on the interior was cleaned, prepped and refinished.

The seat of the pickup was carefully refurbished and recovered by the owner.
Re-padded with horsehair padding and a vinyl cover in the original dark brown color compliments the colors of the dash, headliner and door panel trim.
The Chevy features the original re-built 3 speed on the column and 94 horsepower 216c.i. engine. When combined with the original rear end gears, the trucks top speed maxes out around 55 mph(downhill with the wind). The leisurely pace allows thorough enjoyment of the beautiful WI country roads. Driven to every show it attends, we are happy to say that this Chevrolet wins at most of them.

The owner enjoys being able to drive his truck around the streets of Madison WI, only being parked after the threat of salt on the Wisconsin winter roads. Taking grand kids for rides, toting tennis rackets in the bed, or just running to the store for milk, this little '49 Chevy is a conversation starter everywhere it goes. 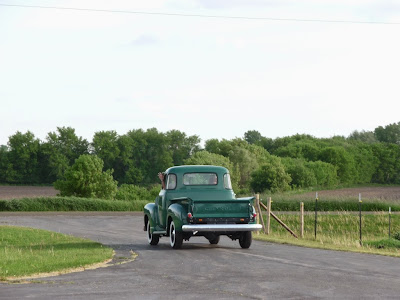 For details on how we brought this truck back to it's former glory, email us at
drivenrestorations@gmail.com

Follow us on Facebook to see what we're up to now!
Posted by Driven Restorations LLC at 9:21 AM